Last night i saw myself in the middle of Twitter discussion that shows that maybe we need to step on the pedal brake, take a deep breat and to make reflections more often, specially before taking any stand. It shows how easy is to think the world must bend to our will, to our wishes.

Before explained the discussion itself, i must apologize for calling a well respected, creative and inspiring company a dick. Although i’ve done it standing to what i believe, i pointed my finger at the way they dealt with a matter and i did the same mistake.

So, before reading the new +20 responses to my tweets, i must apologize for my behavior. Not for WHAT i did, but for the HOW.

The matter began when a Mailchimp attorney sent a letter to Luke Chesser, the designer responsible for the Popular UIs PSDs, a website featuring some popular website interfaces as PSD files for study. The attorney asked him to stop featuring the Mailchimp UIs on the website and kinda accusing him of trying to get advantage of Mailchimp brand. The tone was friendly but it was easy to misunderstand it as accusatory and having an subtle threat.

In practical terms, what Luke Chesser does are not much different from what web designer and developers do everyday by examining these websites codes with standard tools and features of web browser. In fact, you can right click on this website in this very momenet and read it’s source code. And most web designers/developers, even newbies, use add ons with advanced features to fully understand and read any interface. I am not getting deep into it, but i dare to say that internet could not evolve the way it did without  this “reversal engineering”.

But, if in one hand I believe that more projects and technologies should be open and I defend the idea of more flexibility on copyrights, in the other I recognize and defend that companies need to protect their intangible assets as brands, copyrights, patents. In fact, i deal with this in a daily basis with people and websites publishing content (text, images, etc) from my company’s or my clients websites and projects. So i strongly believe we need to reach a balance.

My first point is exactly this: it’s possible to defend copyrights and other intangible assets and to make those rights and assets more flexible. Polarizing things make dialogs harder and build walls.

The second and more specific point is: in this case, Luke Cheese and Popular UIs PSD weren’t causing any real harm. On the contrary.

The project website didn’t claim their were the owners of the original interface and their purpose is educational – something that is, if I am nost mistake, covered by the Fair Use Doctrine in US. Clearly they could make the purpose more clear, but, at least for me, it was easy to understand they were not trying to take any advantage or do any harm.

Implicitily, the website pays homage and testifies the quality of the original companies work: their interfaces are so good and interesting, they are so competente, that most of us web professional want to learn with them. I strongly believe this kind of “homage” makes Mailchimp brand stronger . “Wow, they are those guys with that incredible and easy UI? I will sign up right now!” In fact, their interface and their overall language tone were the 2 points I used to make a client of mine sign up and pay for Mailchimp services.

Again, in practical terms, anyone – with good or bad intentions – learn and do more with Mailchimp’s HTML, CSS and Javascript code (available for anyone with a browser) than with the PSDs. In fact, one does not learn anything really useful and harmful from the PSDs more than from a jpg or png screenshot.

So, not only Popular UIs was not doing harm and could be make potential good, but asking them to remove the files from the website it’s innefective.

Third point is: we need less the lawyer/attorney approach and more the public/community relationship perspective. Unfortunately, most of time, we see lawyers/attorneys being used or acting when the dialog fails e unconsciously we relate them to accusations, litigations and headaches. I’m not saying this image of them are just or correct, but that’s how a lot of people see them most of time and this lead to less friendly interpretations of anything they are related.

In the majority of cases of people using my company’s or clients content without authorization, they didn’t because they were bad people or meaning harm, instead, they didn’t know or have misconceptions about their right and what would be fair and balanced. Dialoging, informing and being sympathetic brought us good results. There were only two instances that we needed a lawyer, after trying other better and much more diplomatic ways, and none went to courts. In fact, one became a commercial opportunity and they become a client/partner in a project.

Bottom line: I think everyone made mistakes and there a lot of lessons to be learned.

Luke failed not making explicitly clear who own the rights, who created the interfaces and the education purpose of his project. I don’t think he was legally required to ask permission to the authors, but he could’ve done. It’s kinda what I am doing with a side project of mine – www.fotografiadiaria.com.br , most of time  publishing Creative Commons or public authorized photographies, asking photographers authorization before publishing in most cases, and giving the proper credit and do follow links when not  possible.

Nevertheless, i think Mailchimp made some mistakes dealing with the matter:

Luke needed guidance, not restriction. They should contact him first via a community manager or public relations person and clarify what the project was about and maybe get some benefits from it, maybe even get free publicity, as Popular UIs was featured on The Next Web, one of best websites about web strategy and development. They could have supported the project and made their brand stronger and closer to the community with this approach instead of the restrictive tactic. They have all the rights to do whatever they thought was fit, but maybe wasn’t the best thing to do.

And i made some mistakes myself: i was wrong in going “full passion mode” in the twitter discussion. Defending Popular UIs, i pointed an accusatory and agressive finger at Mailchimp, which is a great service and inspires me a lot. Sorry, guys, really.

Maybe it was just another case of a someone doing the job they are paid for (to protect the brand) but having not the proper guidance from the ones inside the company that really have contact or get the community they are part.

Another mistake of mine: english is not my first language and, therefore, i must be extra-careful with words because they can be read in a wrong key. And, bottom line, even if I totally opposed their position, it’s my personal and my company’s philosophy to create bridges and, instead, i just thrown stones.

In the end, maybe the best lesson is that walls are much easier to build, but bridges are still more important, needed and useful. And this goes to people as it goes to a companies. After all, people are what companies are made of, right? 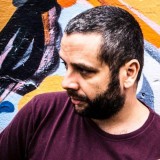